How to load a new preset bank into REmatrix

In this brief tutorial you will see how to load a new preset bank into REmatrix.

The first step is to download the presets bank file (and decompress it, if it‘s a .zip file).
Now you have a .ovb file. Open REmatrix or REmatrix player and drag and drop the file on the program windows as shown in the following image. 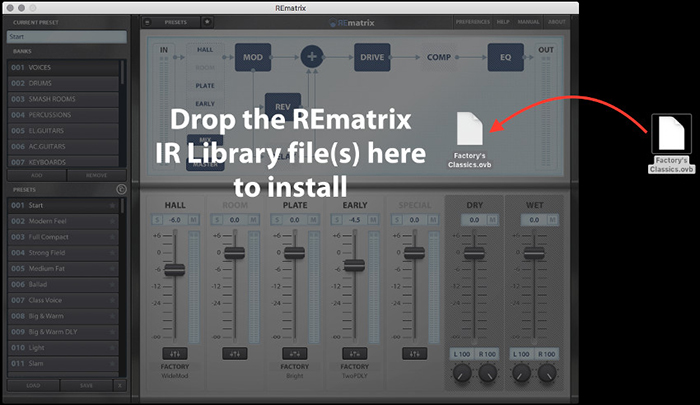 In case you want to import the bank between other banks rather than at the end of the list (or if you have some problem with the drag and drop) you can use this second method of importation.